Hey! Was having the issue where the client tries to download the server assets, found the solution on the forums using the JKJA Launcher, which resolved that issue. Tried to join the Galaxy server today and the client just exits after loading Blaster Pack Ammo (consistently crashes there on retry). High Sierra, Steam installation, mod installed into the package contents and selected from setup. Any tips/more info I can provide to help find the source of the problem? Haven't played JK3 in about 10 years and am dying to check this out!
Top 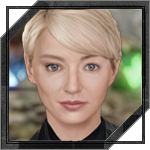 Just to check - have you followed the instructions for Mac OSX as found here?:

It would also be helpful if you can provide us a copy of your console following a crash (if possible). Do you get any error messages?
Top

Hi! The only bit of that I have not done is the 1.0.1e patches, I checked my app and it seems to be on 1.0.1 allready and my app is 1ish gigs whereas the patch app is 14mb, so I can't hotswap. The update apps are also packaged differently (for the retail CD version) and doesn't look like I can manually transfer files in. I don't get any error from Academy, just from OSX (I can share those debug logs if it might help any).

Edit: Unrelated - is there a way to download all of the repo / all maps at once?
Top

Steam already has the game fully updated to the latest patch, so you don't need to download that one.

You can download most of the maps and things from the RPMod Launcher (I assume you're using this?) - just open up the 'Updates' tab. DO make sure you're using the launcher - it activates the game with RPMod automatically, so you might find that easier to use. Don't launch the game via Steam.

And do please share your debug logs, if you've got them.
Top

Hm, I've looked a good bit and can't find a RPMod OSX Launcher on the site and I've just been using JKJA to boot in. I can't find any debug logs either, I wish I could provide more info here. Let me force a crash and get the OSX log at least.

The RPMod Launcher should have installed when you installed the mod initially - it'll be somewhere on your HD - you'll be able to find it in your Jedi Academy directory, in Gamedata/RPMod.
Top

I don't believe I have one from the OSX zip for 0.5.1, I have RPMod-Client-Mac and RPMod-Launcher .pk3s but I can't run them, as well as a 'cgame' and 'ui' unix executables which only throw 'cannot execute binary file' in the terminal. I have tried "+set fs_game rpmod +set fs_basegame JEDI" flags in the JKJA launcher I have. Now it's not even going past awaiting gamestate before it quits unfortunately, just attempted to reinstall to make sure it wasn't a mod conflict.
Top

.pk3 files are really just renamed .zip files - they're compressed, so if you rename them to .zip and uncompress them, they'll function just fine!
Top

Totally forgot that! Unfortunately, though, the client-mac has the same cgame and ui files, and the launcher pk3 only has a windows executable / the .dlls to support that. Is it possible that there wasn't a launcher made for mac?

Appreciate all your help today by the way!
Top

Hmm...you're right, there's no formal launcher for the Mac OSX. That is a pain in the butt.

Try moving everything in the RPMod folder into Base instead - that ought to do the trick when activating the game via Steam.

Base is effectively the folder that the game reads by default, so when the game starts up naturally, it reads everything in there first, unless you've told the game to start up with a mod (in which case it reads the mod folder as priority). So if you shove everything from RPMod into Base, it'll read it all automatically, and hopefully do the trick.

Sadly, without the RPMod Launcher, you'll have to download all your other files manually. That's gonna be a pain, but as long as you've got all the mandatory files from here, you'll have no trouble accessing the server. After that, we can help you figure out what else you need - let's just get you started, hmm?

You're a lifesaver! I was definitely missing files from the landing requirements, moved everything into base as well, and it loads now! Thank you!

Glad to hear it. Look forward to seeing you server-side!
Top
Post Reply
12 posts • Page 1 of 1

Return to “Help and Support”