Mission report : Glancing into the Void

Mission report : Glancing into the Void

Public Information
Publicly Available Information on the events I was tasked to meet the client of the Axxas mercenary organisation, Padawan Hale, Tal'vo and Jedi Knight Fayara and Atreus were on backup. We were all undercover during the operation. Padawan Security Clearance
Information available to Padawans+ The man I was suposed to meet revealed to be our main suspect in the disapearance of Force sensitive children. 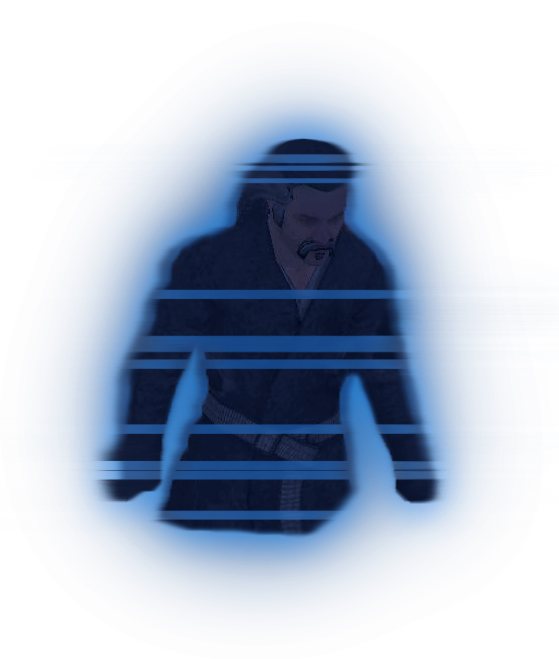 He was accompagned with a child. He seemed to act friendly with the kid witch can give us hope to find the remaining ones in good health.
We moved our main objective to extracting the child by creating a distraction in the cantina where the meeting was taking place.
The suspect find out that it was a trap and attack master Atreus then myself.
He managed to hold under control the four Jedi present in the room as well as the civilians around, but it weakened the man enough for him to resign to flee.
Master Fayara during that time was taking care of the child.
Knight + Council Security Clearance
Information available to Knights+ Before our attempt to surround the man, he revealed that his next target was Morgania and the two sensitive children living there.
He also confirmed having a source in the order able to provide such information though added that it would be the last time.
It is an incredibly powerful being though his power is limit as the number of people he's trying to subdue grow.

In my opinion we have three tasks to accomplish :

- Investigate on the source in the order that helps that man.
- Interrogate the children rescued for additional informations.
- With this informations as well as those gathered by the other Jedi team, an operation should be organised to rescue the remaining children.
That group should be skilled and numerous enough for the man's power to be sufficiently weakened and unable to harm our forces, in case he would try to stop our action.