I understand that there's been a post on this already but I'll try to be as concise as I can be - The current dice roll system in my opinion has much to be desired.

Many people use it as it is now and are completely fine with it, but I feel as if having a straight d100 roll without having any clear examples of what quantifies as a success/failure in a situation can be difficult, due to there being no reference point.

I feel like with the leaps and strides discord has made and with the help of bots we can make missions and general temple RP acknowledge a dice-rolling system so much more than we do now. There's a dice-rolling system for a tabletop game called EotE that I feel can lend itself to JEDI's RP immensely, while it wouldn't be possible to integrate into RPmod, it could be integrated into discord without missing a beat.

The system itself is incredibly easy to grasp - and I propose that instead of making character sheets for everyone in EotE fashion, We simply all find some kind of middle-ground. I would suggest 3 green dice for example.

I probably can't explain the system quite as well as someone else could so I'm going to link a video for your consideration.


Here you can find example and information on how the dice-rolling system works. I think it would be an incredibly interesting middle-ground to use this as a dice system, without moving to another game entirely.

As I said it could be integrated into Discord and would fit with our theme as a clan as well. https://community.fantasyflightgames.co ... e-tracker/

I'm curious to hear everyone's thoughts on it. While in the full game of EotE you have stat sheets - this forgoes the need of everyone to make a character sheet by having your base roll always be 3 green. And I highly doubt that we would want to adopt full character sheets. It would be quite a bit to keep track of on top of everything else you may already have for your character.

The video I linked goes more into how dice work, etc. and if you have any questions feel free to pose them in this thread. 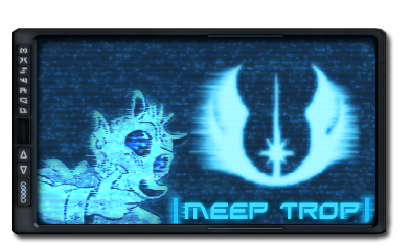 There has been in the past, as you stated already, a post regarding bringing a system with character sheets and dice and points and bonuses to JEDI.

I will link it below because it addresses every single topic and concern raised regarding the topic at hand. It s worth a look as it addresses many questions as far the concept is concerned.

First of all, I watched the video and even spent some time reading about EotE.

Skipping the fact that the rulesets (of every rule set in every Tabletop RPG available) state that the DungeonMaster/StoryTeller is the deciding factor of each and every attempt and outcome in the game (because the DM's/ST's role is to make sure the players have fun), it is a game that has character sheets, points, dice and even dice that the DM decides to utilize.

Now, I am familiar with more than just a few Tabletop RPG systems (several DnD versions, Pathfinder, WoD, MYST) but that shouldn't mean that everyone should be or would be. Many people that have passed through JEDI have not had such experiences. And, in my opinion, should they have seen a system such as that being implemented and being required to learn and utilize; they wouldn't have stayed.

As it stands, the requirement for someone to play JEDI as it is, is for them to be able to read and write. And that was and is, and I am sure will be, one the beautiful things about JEDI. The Administrators that are closely moderated throughout their time in JEDI, from students and then continue to be promoted to Knights and administrate the experiences and the world around us in the way they do.

A system with dice is required in Tabletop RPGs because there is no moderation whatsoever. No one can know if a DM is fair in their home or in the shop that they gather with their friends to play. No one knows if they know exactly what they are doing. So the rules and the dice are there to help said DMs towards that end.

As it stands, there is no need for such a system within JEDI. The administrators are more than just able to gauge circumstances and direct their missions or events figuratively and/or literally as they should. And should they feel that something should be left up to chance or that something could go either way, they utilize the Dice mechanics in order to assist themselves towards that end. And ones that are not implemented by alt-tabbing to another program (Discord) in order to manage and utilize them.

The focus of JEDI lies within RP, and not with the result one rolled. And I for one I am way more inclined to aknowledge the effort and result of someone that gave thought to their RP than someone who rolled every success or a natural 20 or a natural 100 depending on the dice system.

But that's just my two cents on the topic. Please, read the topic linked at the top since the concept intrigued you.

To add to everything that has been said across both threads (I find myself agreeing with Delmi the most out of everyone: viewtopic.php?p=151203#p151203 )

Dice rolls for me simply introduces failure and success. Something as individuals we are very much able to implement ourselves.

Only two things stop this from being implemented by us;

We do not allow our characters to fail - We simply powergame and take whatever we can until a higher administrative body has to intercede (a major strike against any character).

We do not allow other characters to fail - IMHO nothing is worse than a bunch of players standing around talking how to do something paralysed inaction because of the fear they're going to get crucifed for their mistake by the MD.

As MDs we need to allow and build failure in and reward engagement (both success and failure) with the RP. If a mission to enter a building is ended after one :: Presses the door keypad ::, then it's not a very well written mission.
Yyn Zet Ari | Jedi Knight | High Councilor | Belovian | Belovia | Mentor: Chana Ramel | Padawan: Nidus Tal'vo

I enjoy my fair share of dice rolling and I'm sure Sirius and Yyn has mentioned the benefits and the downsides of implementing it... But my experience with the FFG Star Wars has left little to be desired which i've noticed in a few games like D&D, Pathfinder and even in Shadowrun.

Mechanics vs Roleplay. What you want or what you envision will not always be what you can get... I like roleplaying a lot and having to let the dice decide can be fun but at the end of the day, a skilled acrobat is expected to at least perform acrobatic feats skillfully at least once a day... If the dice isn't feeling kind, you're not going to land any acrobatic feats at all.

I tried FFG and I couldn't even make a decent Jedi... It's either focus on force and skip out on necessary skills or focus on skills and leave the force in the dust.

If you wanted to incorporate dice rolling into your own roleplay, nothing is stopping you... Hell, I have a discord server where I generally just use a d20 if I wanted to leave something to chance but it's rarely used.

Roleplayers, especially ones with experience are generally capable of knowing the limits of their own characters and sometimes even others. As Yyn said, adding dice is literally just success and failure, even in FATE, the point of the dice is to use if it you think failure would be interesting... I've known people who has gone an entire session on the thing without ever rolling a single die.

This is just my two cents on the matter, I'm sorry if I didn't make any sense but I'm honestly partial to not adding dice rules to this community, I joined because I hope to be able to roleplay being a Force User without the restrictions of FFG making it impossible to enjoy myself.
Top
Post Reply
4 posts • Page 1 of 1