Dark Forces have been working throughout Wyld Space for decades. Working slowly and carefully to not gain notoriety or attention. Methodical abductions targeted on decentralized planets with low infrastructure, social mobility, and high crime and corruption rates. A shadowy organization plays puppet master by coordinating pirates, slavers, gangs, and criminal syndicates as their fronts. All the while syphoning the resources and people that were stolen back to their mysterious headquarters…

Locally, the Instrop Sector was impacted by a notorious band of pirates known as the “Shebs Ravagers” who were so bold as to attack Jedi vessels out on training exercises on two occasions as well as a full jedi shuttle...

The Wyld Empire held the initiative. Having built their industrialized military war machine in a hidden location, still unfound, in Wild Space they were able to strike with ferocious, lightning speed. The intensity of violence with which they overwhelmed independent planetary security forces shocked and bewildered the Galaxy as they invaded planet after planet. The small, independent worlds could not stand alone versus the onslaught of this prepared, capable military force. And so, in isolation, each system folded under the threat of violence perpetuated by the Wyld Emperor and his military apparatus.

Borders after the initial blitz of Wyld forces

The story of the first years of this brutal war is the oppressive story of damage control. The Jedi Order announced its intent to help support systems without fighting an entire war on their behalf. JEDI members moving into systems as relief workers, aid facilitators, and battlefield commanders to organize strategic withdrawls and retreats to protect as many lives as possible. JEDI commanders infiltrated behind enemy lines on occupied planets under Wyld control to bring supplies, training, and leadership to resistance and partisan groups who were determined to loosen Imperial holdings on occupied worlds.

While many stories of this era of the war effort tell the narrative of a shocked galactic community reeling from successful invasion after invasion, JEDI leadership allowed some systems to maintain independence and sovereignty in the face of overwhelming odds. The naval battles in orbit over Svivren, for example, saw JEDI infiltrators break the Wyld blockade over the planet and allow for a fortified spearhead to remain in independent hands in the heart of Wyld Space.

The expansion of the Wyld Empire came to a head as the Galaxy fell silent with the Imperial invasion of Vohai. The Western Wyld fleet, led by Admiral Kerudelys, pulled a dangerous maneuver to chart their own hyperspace course around all major systems to cut off the Republic’s 5th fleet over the system of Radra IV. Hiding in the system’s asteroid belt, they utilized tractor beams to pull large asteroids out from their orbits to barrel down into the line of frigates and capital ships in the Republic fleet, decemating them in the surprise attack and taking the Republic Star Destroyer “Illuminant Star” in a boarding action.

Wyld Ambush of the 5th fleet over Radra IV

Borders after the Battle of Vohai and Radra IV

With the Republic pulled into the war now, the scope of the conflict has changed. As the galaxy moves forward and the conflicts escalate, only time will tell what impacts the Wyld will have on generations to come…

Leadership from the Republic, Coalition of Free Planets, and Jedi Order met on Svivren and coordinated a mutual military accord to build a front to rebuke the advancing Wyld Empire.

The Republic's full involvement is to end after the liberation of Vohai, but, the Chancellor has authorized the Republic Navy to create a voluntary Expeditionary Corps entitled "Winged Nexus" to continue serving under Coalition leadership for the remaining duration of the war.

The Jedi Order has made it clear that their members are allowed to volunteer to participate, but will not be required to do so. In addition, Order members will serve as force multipliers, advisors, and allies in the conflict but will remain independent in rank. Jedi will not fall under the command of any Coalition or Republic officer and will be allowed their own discretion to make decisions both in combat and in the ready room.
JEDI Leadership Roles:
Strategic Advisor: Remains on-station aboard flagship vessels to coordinate space and ground forces effectively. Strategic Advisors will pre-plan operations and oversee real-time engagements in order to facilitate effective Jedi participation in coordination with regular troops.

Medical Officer: Will assist and lead in field triage, operating room needs, as well as post-op situations. Medical officers will supply conventional as well as force healing knowledge and techniques while also being available for added support to care-givers, soldiers, and civilians through the conflict.

Mechanical Officer: Designed with Jedi artisans and slicers in mind, there's an abundant need for competent mechanics to keep Coalition & Republic fightercraft in the air, troop transports functional, weapons systems online, as well as shield capacity for capital ships at 100%.

Wing Commander: Will lead Jedi flight wings in coordination with Republic & Coalition fighter groups to maintain air and space superiority over Imperial battle groups. Jedi, and Jedi Wing Commanders, operate under their own discretion but may take Republic or Coalition orders under advisement.

Junior Field Officer: Operates in a command role while Field Officers are away, incapacitated, or unavailable. Defers to Wing Commanders when present.

"Winged Nexu" has been divided into the following Marine and Fleet regiments and battle groups respectively. Each will have space for Jedi attachments to advice and help lead. 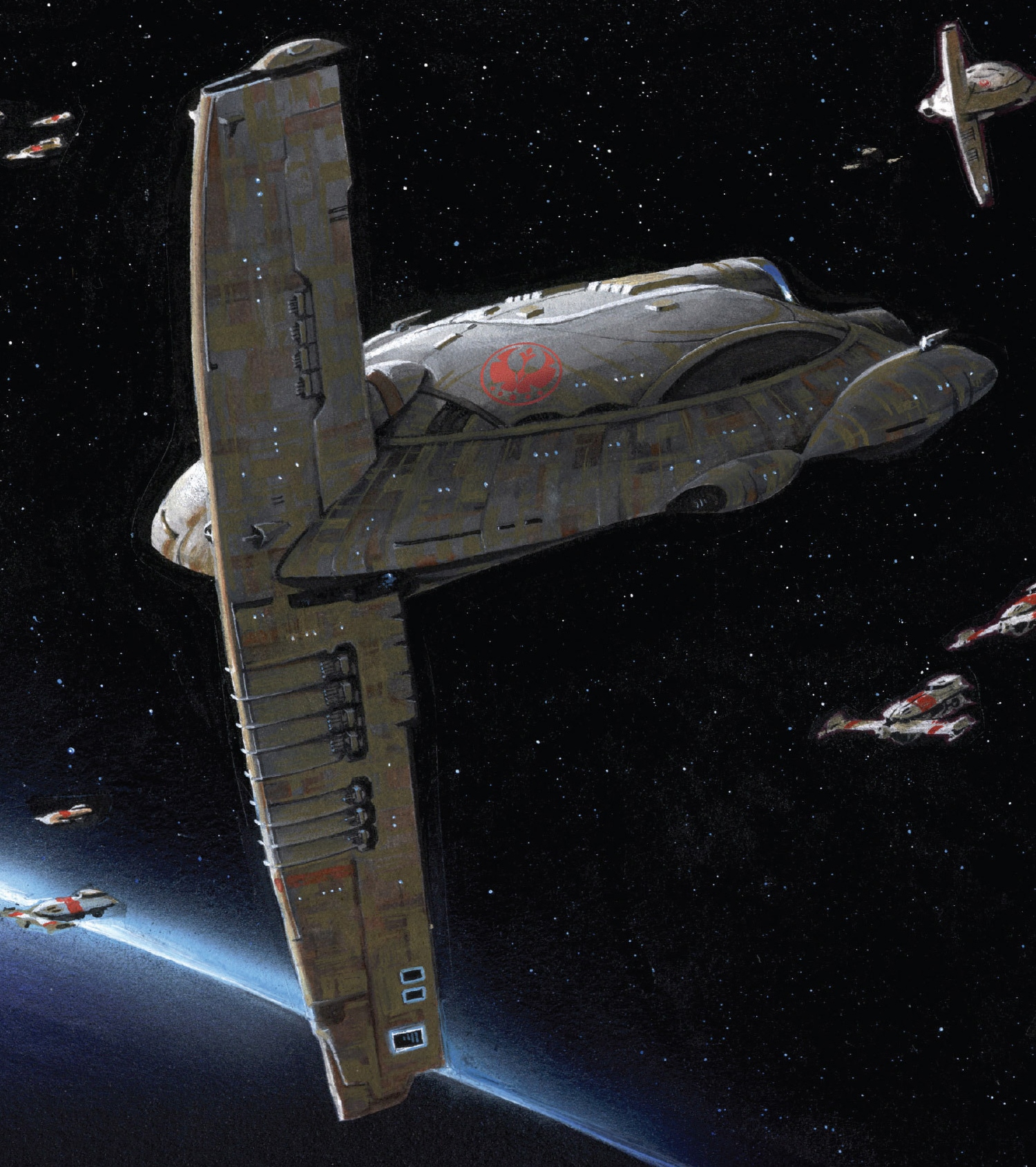 Once the Vohai system has been secured, the Republic 1st fleet will remain in-system to ensure that there is no further attempt by Wyld forces to re-take the planet. The "Winged Nexu" will begin the first phase of the Operation at that point, splitting into 2 Battle Groups with the "Kulthka" remaining over Svivren to assist where needed.

Battle Group Lylek will hit the Empire's eastern flank and take the fight to Wyld commanders Admiral Vehmens and General Truculen there. The spearhead will be Ryloth as the first target.

Battle Group Reek will hit the Empire's Western flank, using the victory at Vohai for momentum. They will be facing off against Wyld commanders Admiral Kerudelys and General Inestima. Their beachhead will be Alzoc III.

After finding ground on both fronts, the two battle groups will squeeze Imperial forces between them, flanking on both sides to meet over Drexel.

Return to “Galactic News and Discussion”