Discussions which are Out of Character.
Post Reply
420 posts 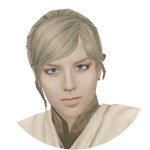 I am writing today to inform you that the Rannon Praxeum will soon host a local university student named Accro Direst.

Direst is studying Communication and Media and is writing a thesis regarding possible biases against the Jedi Order that are apparent in the HoloNews.

I know some of you have had negative experiences with those associated with HoloNews media in the past but as Jedi we are encouraged to keep an open mind.

Please do your best to extend our hospitalities to Mister Direst and feel free to answer questions he may have about the Order. Of course, if there are any concerns about his presence, please make them known to the Council.

We can expect his arrival in the coming days. 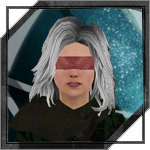 Tonight, Nath can be seen sleeping in the training wing next to the two hologram consoles on green Jedi cloth.
Top 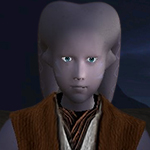 Tyr can be seen sleeping heavily on the couch just outside the student dorms.
Top 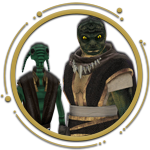 Hauled up in the medical bay's bacta tank is a large lizard-like creature who some may recognize despite the change of scale complexion and natural aging.

However, only those who hold the Jedi Knight rank and above, with the necessary authorization, may enter the bacta room. The reason is unknown. 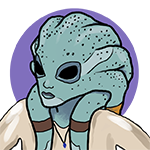 To justify my absence, Ilya has been staying in the medbay after they broke their left leg.
Bad luck had it as they also got the flu, which prolonged their stay; hidden from everyone, due to their fear of germs.
They are completely healed by now. 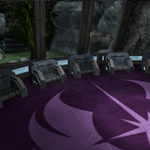 Seemingly just in time for the Life Day season, a cold weather front is approaching the Praxeum. Starting tomorrow, snow and low temperatures are expected from now until the end of the year.

Be sure to dress warmly or take the opportunity to practice your Tapas. Did you know that light is central to the Wookiee Life Day celebration? A prominent affectation of the event are glass-like, shining orbs called Life Day orbs! Celebrants would often use these to ornament trees or hold while singing choral hymns related to the holiday.

Though we do not have an equivalent in our stores at the Praxeum, I did manage to find some nice lamps to adorn the cantina. I thought CD might have a short circuit but it turns out he accepted it into his programming. F3RN helped me set them up.

Happy Life Day to everyone. We do not wish to distract from everyone's Life Day training and meditations ((friends and family!)), but there is a rather curious atmospheric phenomenon that can be seen from the front garden of the Praxeum.

Please be sure to bundle up as it is still cold outdoors.

((From now until New Years Day, a 3-item scavenger hunt will be active on the Temple server. You will know the items when you see them. The first few members to discover them will be presented with an OOC reward.

Happy Holidays to all our valued members!))

It seems you have all weathered the weather without issue. The thaw appears to be upon us. Please be aware that certain walkways around the Praxeum may still be slick. Be mindful of your footing, students.


((The Praxeum configuration has been returned to defaults and the Life Day 2022 .pk3 may be deleted.)) 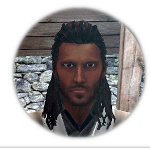 In the upcoming days we ought to expect a visit from a quite new journalist - Haaru Mash. He was there after the escape of Salazar Haka. He says to wish and ask our Jedi about what would be our thoughts regarding it. I remind you all we are Jedi, diplomats at heart so that we treat him with respect no matter if his approach might be aggressive.

Anyone going to the Medbay 430.09 onward would find Zhu'shk on one of the operating table, staying still like a corpse and being ignored.

On further inspection, it's actually Zhu'shk's empty chitin, his eyes missing except for a thin membraneous layer, and the back of the shell is completely ripped and ruined, as if exploded from the inside, a hint to the process involved to the separation between them.

The 6th year shell (Also known as the first molt shell), is donated, courtesy of its previous owner, to the Jedi Healers department to do as they wish with it.

One would know or learn that the shell, officially Carahide, remains tough and flexible, on the outer part, it has a thin layer of some sort of remaining bilic, enzymic fluid, used to clean but also digest on the outside of the body, the inside is still tainted with white substance, a mix of ichor, his blood, and some other fluid involved in the process of chitin and tissue maintenance and regeneration.

People who meet and find Zhu'shk after the fact, notice his very rapid growth and his pale new chitin taking color, the chitin itself looks hardly any different from the last, except it has no blemishes, microfractures and such flaws of the old. After two days, he has finished growing, with the chitin taking a clearer green than the old, the one he now has. His few clothes are adjusted to fit the dramatic change.
∵ HATCHED: 424.10 ABY
∵ SPECIES: Verpine, intelligent
∵ HOMEWORLD: Rannon
∵ ARRIVED: 428.24 ABY
∵ INITIATED: 429.16 ABY
Top

The blindfold Eli has been wearing since his return has now been removed. Keen eyes will also notice that his carapace, although still heavily saturated, is not quite as discolored as before. Furthermore, the regrowth in his tail is more noticeable.

A holographic scan of a nearby mountain is left on the projectors of the Artisan Wing's classroom. Its significance may or may not be known to you.